On Friday, January 17 over 140 manufacturing stakeholders attended RMI’s “Future of Maryland Manufacturing in 2020” event at PSA Insurance and Financial Services’ headquarters in Hunt Valley. They came to hear from Anirban Basu, CEO of the Sage Policy Group and a panel of manufacturing executives from Jamison Doors, Lion Brothers and Hamilton Associates. People came as far away as Frederick, Washington, Prince Georges, Kent and Caroline Counties to attend.

Basu delivered his usual engaging performance, spiced-up with much levity, as he provided his outlook for Maryland manufacturing and the U.S. economy.  He hit on a lot of key points in terms of the U.S. economy being strong, employment at record lows, nominal inflation and continued consumer spending as some of the indicators of a continued positive U.S. economic outlook.  He also provided some cautionary guidance.

Basu did caution that while the economy looks strong, corporate profits have plateaued as many companies are not investing their businesses but actually buying back shares and taking out record corporate debt. He cited the corporate debt, the national debt and personal debt being at all time highs as warning signs for the future, recommending it would be good to raise cash while times are good in preparation for a downturn.

As for Maryland’s manufacturing outlook, Basu pointed out that manufacturing employment has stayed positive now for most of the past 5 years after a long period of decline. Maryland manufacturers have become leaner and more niche players to stay globally competitive. Basu stressed that manufacturing is still a great opportunity for those seeking to join the middle class. He noted that Maryland manufacturing employees on average are earning more than $28 an hour versus the service sector in retail where earners often earn around $15 an hour. He also pointed out that Maryland’s dependence on the federal procurement largess continues to spur manufacturing growth, particularly in the defense and electronics sectors.

The audience also heard from a panel of medium-sized manufacturing companies who gave their own outlook for their company’s growth prospects. Each company is engaged in different growth phases and provided unique perspectives accordingly. 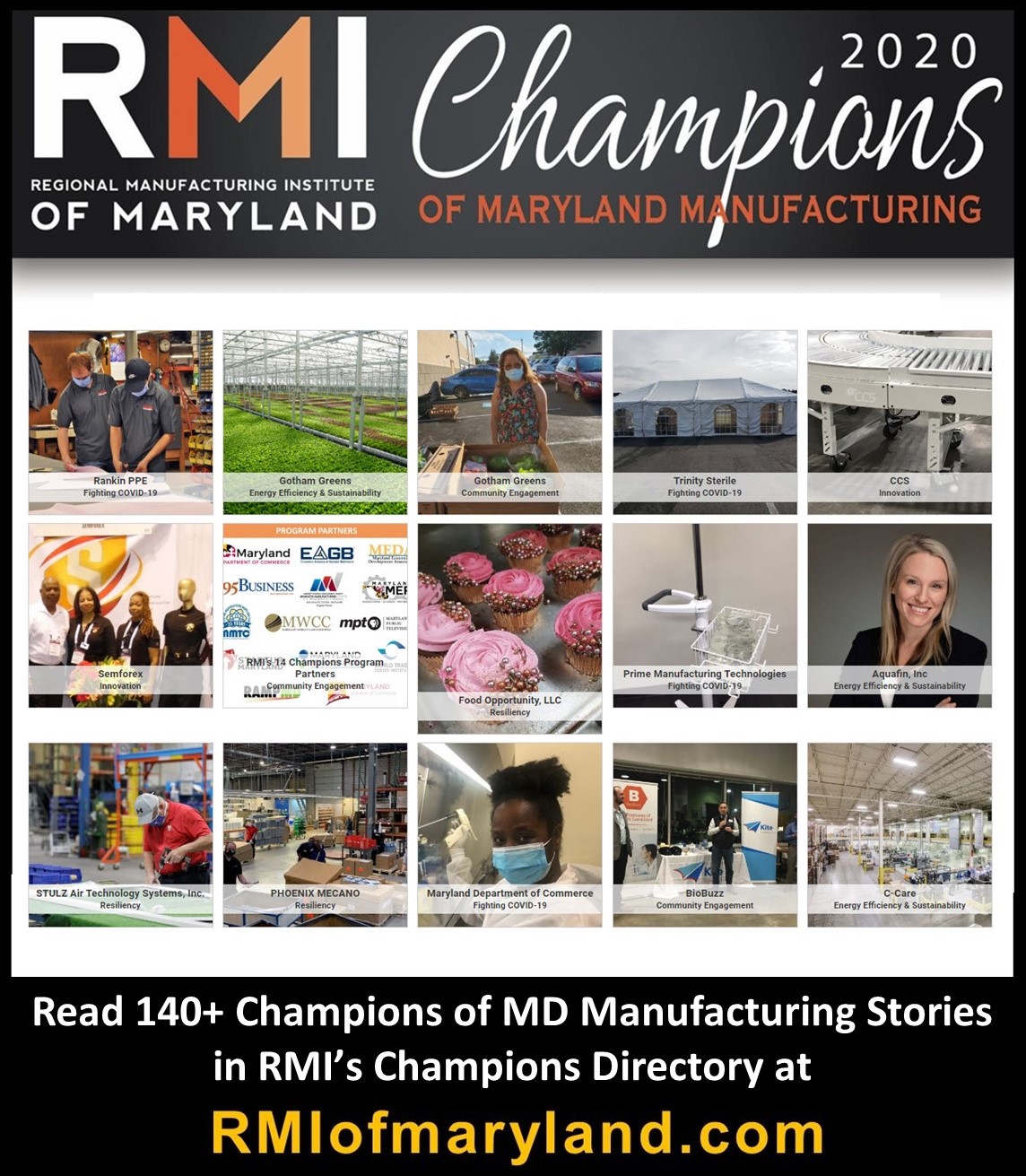